The War Dead
People are making lists of those who died in 2003. So let us not forget the war dead. This list of coalition combatants by name is updated daily. Not surprisingly I have been unable to locate information about enemy combatants. However the count of civilian dead is approaching 10,000.

No, I don't feel safer. No, I don't think capturing one grubby leader of a small nation state is worth this many lives. As far as bringing democracy to Iraq, well that remains to be seen, doesn't it. I am of the view that a radical religious state may very well be worse.
at 11:17 AM No comments:

Happy Festivus
or whatever you do.

I've been avoiding the news.

I entered my workplace this week fully expecting the full cavity search that usually accompanies Code Orange. For those of you who are new, or who don't remember, I work in Washington D.C., in the middle of the Heart of Darkness. Well instead of the usual 20 minutes to get into the building, they are just as cavalier as usual. Maybe the new anti-aircraft batteries and surface-to-air missiles newly stationed around Our Nation's Capital are making everybody feel warm and cozy and safe.

The News keeps telling me to go shopping but to be careful. Am I supposed to report people carrying packages? Gonna be particularly difficult for folks to return their inappropriate gifts tomorrow.

And after cancelling six Air France flights, "checks by French intelligence on passenger lists turned up no terror links on any of six cancelled Air France flights." But we all know how untrustworthy those French are. I'd wager before the end of the year we'll be hearing suggestions that we should invade France and bring proper religion to that increasingly secular place. Won't they learn who is really in charge?
at 4:37 PM No comments:

Defense Condition
stepped up to orange. My Local News tells me that they have "raised the threat level for the holidays." You'd think they would have raised it to red to better coordinate with Christmas.
at 11:01 PM No comments:

Radio Right
For about two years now I have been listening to right wing talk radio and I'm fed up beyond belief. First of all, I own the airwaves, and my opinions are never (yes, I mean never) represented. What's up with that?
Second, if folks on the left side of the fence were as extreme as these righties, folks would go apeshit nuts.

Here's an example from Rush earlier this week:
You know, I have to tell you, folks, when this guy Hussein came out of the hole, I thought, for crying out loud, the Unabomber escaped and went back somewhere. I half expected them to find Gore's book in that hole over there in Tikrit and then when that wasn't the case, I said, well, obviously what he's doing, he's coming out of hiding here to endorse Howard Dean. Did this guy not look like the Unabomber to you? And then the next thing I thought of, wait a second, something here is not computing. Because we've got all these stories over the years of the labyrinth, of elaborate tunnels, paved with concrete, dug so deep into the soil of Iraq that Saddam could withstand even a nuclear blast or two.

Where are they? There's nothing. It is absolutely incredible, he's been living like the Unabomber, he looks like the Unabomber, he looks like somebody that would endorse Howard Dean. It's just incredible. And we just finished a press conference with the president, thanks to the president for wrapping it up two minutes before the program began. Do not think that that's an accident, ladies and gentlemen, do not think that's a coincidence, the president starts a press conference at 11:15 and ends it at 12:04 and you think, wow, how lucky we all are? No, my friends, no luck here. "

So try for a moment to ignore the fact that the man is a total whackjob, his train of thought looks a map of the train routes in Europe , and that he has better drugs than you or I. Oh, and that he is basically a mean and evil human being. Just supposed we compared Our President to the Unabomber ... the hue and cry!! How can you do that? Aren't you all bad and mean? And on top of all that, how did this whackjob harp so much on the word "liberal" that the balance shifted and folks can now say Bill Clinton was a leftie and get away with it? Amazing.
at 9:12 AM No comments:

I Have This Desire
to do an all video blog. Unfortunately I don't have the skills. I am constantly inspired by my favorite news outlet, The Daily Show. Today I want to massacre this part of Our President's interview by Diane Sawyer:

"DIANE SAWYER: Again, I'm just trying to ask, these are supporters, people who believed in the war who have asked the question.

PRESIDENT BUSH: Well, you can keep asking the question and my answer's gonna be the same. Saddam was a danger and the world is better off cause we got rid of him.

DIANE SAWYER: But stated as a hard fact, that there were weapons of mass destruction as opposed to the possibility that he could move to acquire those weapons still —

PRESIDENT BUSH: So what's the difference?

PRESIDENT BUSH: The possibility that he could acquire weapons. If he were to acquire weapons, he would be the danger. That's, that's what I'm trying to explain to you. A gathering threat, after 9/11, is a threat that needed to be de — dealt with, and it was done after 12 long years of the world saying the man's a danger. And so we got rid of him and there's no doubt the world is a safer, freer place as a result of Saddam being gone.

DIANE SAWYER: But, but, again, some, some of the critics have said this combined with the failure to establish proof of, of elaborate terrorism contacts, has indicated that there's just not precision, at best, and misleading, at worst.

PRESIDENT BUSH: Yeah. Look — what — what we based our evidence on was a very sound National Intelligence Estimate. ...

DIANE SAWYER: Nothing should have been more precise?

PRESIDENT BUSH: What — I, I — I made my decision based upon enough intelligence to tell me that this country was threatened with Saddam Hussein in power.

DIANE SAWYER: What would it take to convince you he didn't have weapons of mass destruction?

PRESIDENT BUSH: Saddam Hussein was a threat and the fact that he is gone means America is a safer country.

DIANE SAWYER: And if he doesn't have weapons of mass destruction [inaudible] —

PRESIDENT BUSH: Diane, you can keep asking the question. I'm telling you — I made the right decision for America —

PRESIDENT BUSH: — because Saddam Hussein used weapons of mass destruction, invaded Kuwait. ... But the fact that he is not there is, means America's a more secure country."

Where's That Handbasket Again?
Ok, this doesn't appear to be my usual subject matter, but it is in the global sense. It is about one of the core elements of the downfall of western civilization. Ok, here it is. P. Diddy will be playing the father in "Rainsin in the Sun" on Broadway. Need I say more?
at 8:20 PM No comments:

Oh, Wholly Blight (with apologies to St. Luke)
Joyce McGreevy at Salon gives us an updated version. It begins like this:

" In those days, it was as if there had been a decree that people should take leave of their senses throughout the entire American world.

So everyone went to his or her own town for the holidays, moving placidly amid the noise and waste, from the festive tramplings in the Temples of Wal-Mart, to the airports, where the innocents must be criminalized for the failures of the powerful, for in such places it was the custom that even the wizened elders and the tiniest firstborns be offered up to invasive scrutiny. And it was called Freedom.

And so Joe also went up from the town of Lansing, where an 11-year high in Michigan's unemployment rate had forced the ax to hit all cities for the third time in a year. And so it was that another $920 million was cut from schools, libraries, fire departments and other essential services.

And Joe went up to the District of Columbia, and he rode on a borrowed ass, because his ass and the asses of his unborn grandchildren belonged to George, who was the one they call "as empty of stuffing as a fake turkey centerpiece," and who was of the house and the lineage of Bush."

More at Salon, worth doing the day pass for
at 3:14 PM No comments:

More Than I Wanted To Know
I had a rare insight watching Mr. Rumsfeld preening and crowing on 60 Minutes. Leslie Stahl kept asking him how the capture of Saddam Hussein was going to change the likelihood of terror, how it made us safer. And, as he usually does, he started to get huffy and strident, clearly annoyed that she would dare ask him such a question. Eventually he stammered out answers that covered his leadership and finally, weakly, pointing to the money he had with him. In my view they were all weak, silly arguments.

But he seemed to be reflecting an belief, widespread in the administration, that a single leader can make a huge difference in the political climate. *sound of my hand slapping my forehead* That's why this mattered so much. Without the charismatic leader they actually believe any opposition to the US will melt with the capture of Saddam Hussein. By the same token, the Supremes appointment of our very own charismatic leader was supposed to dissolve all opposition to his will. No wonder he is so pissed off at upstarts who dare to challenge his will. Doh.
at 7:42 PM No comments:

I strongly suspect something went wrong. I expect that Karl Rove's plan was to have him captured on the day before the Presidential election. Makes me wonder what they are holding in reserve.
at 8:15 AM No comments:

Homelessness Increasing
They're predicting the first wretched snowstorm of the season. Around here we are often on the edge of the freeze line, so we often end up with a snow/ice mix that makes it much more difficult to even walk around than if it were all snow. My Local Paper is running the annual stories about flu and homelessness. Today we have a particularly horrid tale of a mentally disabled man who lost his job two years ago being put out on the street.

We aren't surprised that the number of homeless is up, are we? Compassionate conservatism has produced this: "Last year, 52,973 homeless people were provided with shelter in Maryland, up almost 17 percent from 2001, according to the state Department of Human Resources." Oh, and even more compassionately, "Disabled people are at particular risk of becoming homeless, experts say. From 20 to 30 percent of the nation's homeless are disabled, most of them mentally disabled, said Jim Yates of the Technical Assistance Collaborative, a Boston-based organization that produces an annual report on homelessness among the disabled. There are more than 3.5 million homeless people in the country, according to the Urban Institute." 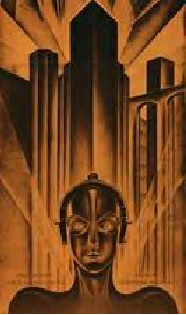 "a fun and bright poli-read"
Ruminate This

"a damn smart chick who's on the right side of things"
Have Fun, Go Mad